Bingo was once regarded as a pastime for the elderly, with meetings held in town halls and community centers as a way to play a game and socialize at the same time. Until recently, the industry as a whole was seen to be in a state of decline, with bingo halls shutting down all across the UK as audiences fell away. Back in 2005, there had been around 600 bingo halls across the UK, but by 2014, that number had slumped to just 400. Pessimists were predicting the end of the industry, but they hadn’t taken the internet into account. By March 2016, according to figures from the UK Gambling Commission, this number had crept back up to 583, and online bingo has played a huge part in this revival.

When bingo followed slot machines and casino games to make the jump online, the game picked up a whole new generation of enthusiasts, the majority of whom (some 62%) are under 45. But what exactly are they playing? There are a number of variations on the game of bingo, and we’ve provided a helpful guide to the most popular variants below.

Based on the same grid composition as “Le Lotto”, a French lottery game that dates from 1778, 90 Ball Bingo is the standard game played in the United Kingdom, and is just as popular across continental Europe. This ruleset is used in the majority of bingo games available online, including such perennial favorites as Candy Room and Cash Cave, which feature prominently on the Sun Bingo iGaming hub.

Each bingo card plays a total of 3 horizontal lines in 9 separate columns, with 15 numbers on every card and 5 numbers per line. The first column lists numbers sequentially from 1 to 9, the second column consists of numbers 10 to 19, and so on, culminating in a final column detailing the numbers from 80 to 90. Gameplay falls into 3 sections; first off, a player tries for a full line, then the second round is a push for 2 lines, and in the third and final round the player attempts to complete the full card. Prizes are proportionate to the number of lines completed, with the largest prize reserved for the call of “Full House” – or every number on the card. 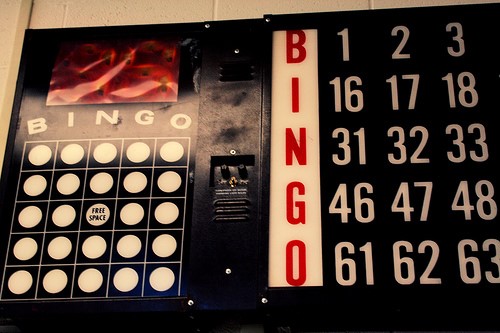 75 Ball Bingo is the standard variant played in Canada and the United States. Here the bingo card is fundamentally different to its European cousin, consisting of a grid of 5 horizontal rows and 5 columns, with each column marked with a letter so all columns taken together make up the word BINGO. The first column, or column “B”, lists numbers from 1 to 15.  By column “O”, the last column, the numbers listed run from 61 to 75. The middle of the card is customarily left as a blank and unfilled space. Working to a pattern is the focus of this particular variant. The pattern itself changes depending on the game, anything from simple shapes to complicated motifs, and the first player to clear their lines in accordance with the specified pattern is the winner. Glamour Room is one such 75 Ball game often played online.

Also known as “Bingo Quickly”, the bingo card for this game is on a 3×3 grid; 3 columns and 3 rows. The object of the exercise is to complete 9 numbers from the card, which takes much less time to throw up a winner than other bingo games. This is bingo on the hop, easy to grasp and quick to play through to resolution, the kind of bingo that finds its way onto scratchcards but is rarely simulated online due to its short gameplay.

A curious hybrid between two other game forms, mixing elements from 90 Ball Bingo and 75 Ball Bingo to arrive at a bingo style involving 80 balls, played on a grid of 4 horizontal rows and 4 columns, each of which is keyed to a different color. Hearts is a classic online example of this game form in action. Players compete to complete a specified pattern, as with 75 Ball Bingo, and common pattern forms to be found are hearts, 4 cornered shapes, a central cruciform X, 4 central squares or indeed any pattern mixing up these alternatives in any way. As one might expect, playing time is pitched somewhere between 75 and 90 Ball Bingo making for a medium-length game. 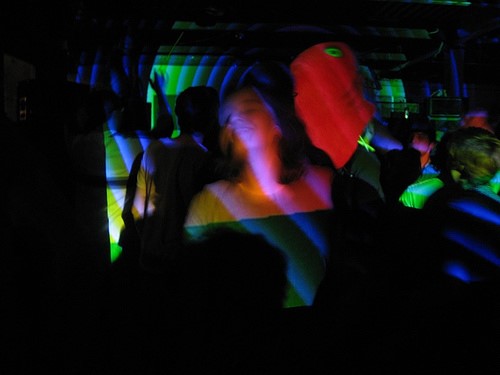 The future of bingo, both on and offline, looks considerably rosier than it did a decade past. UK bingo duty was cut in 2014 from 20% to 10% in order to stimulate new investment in the industry, and it looks like this move is already paying off. Live bingo is learning from its internet cousin, and seeking to innovate to attract new members. The rise of “alternative bingo” could breathe new life into the game, redefining the live experience in a way that makes it appealing to the hipster generation. “Bongo’s Bingo” events held in Manchester and Liverpool offer an exuberant participatory experience, blending elements of traditional bingo with vibes and music from the dance scene – even down to DJs calling out the numbers. Perhaps this is the update that bingo has been waiting for.